Burt Ward Stops by to Talk About 'Gentle Giants'

​Actor Burt Ward, best known for playing Robin in the 1960s "Batman" TV series, was praised by Ellen for his amazing efforts in rescuing dogs. Through his Gentle Giants Rescue and Adoptions organization, Burt and his wife have saved 15.500 dogs, and created a dog food line that doubles and sometimes triples a dog's lifespan. 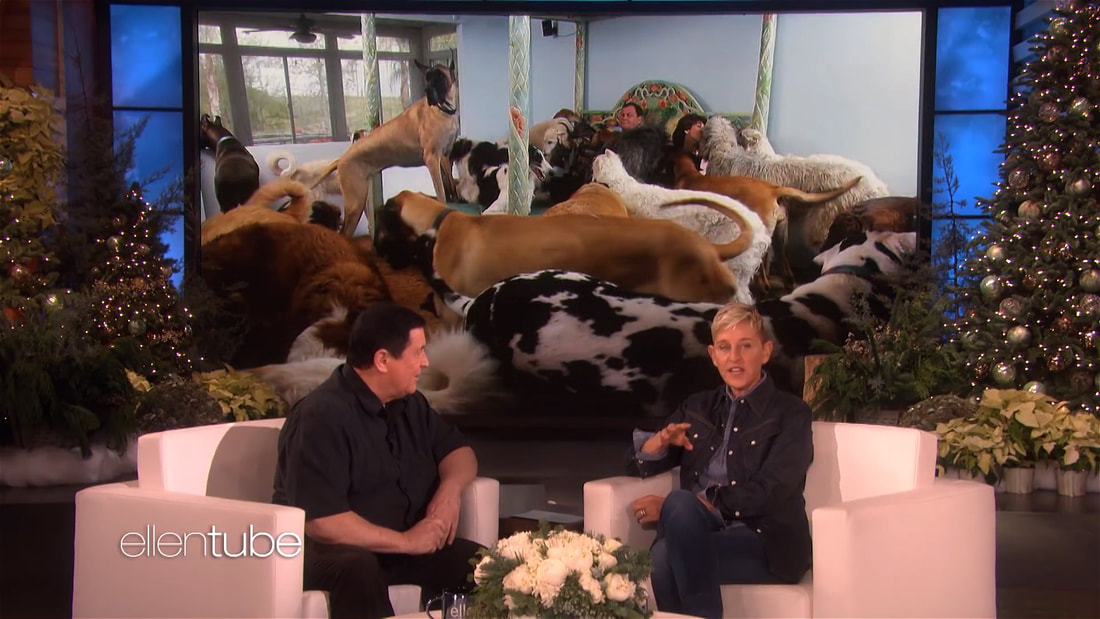 The absolutely incredible Burt Ward stopped by the show today to discuss Gentle Giants Rescue and Adoptions, the largest giant breed dog rescue in the world.

The former "Batman" sidekick built a luxurious home for the more than 15,000 Gentle Giants and Little Giants that he and his wife Tracy have rescued and adopted during the last 24 years.

Thanks to their very own World Class Canine Nutrition Dog Food, Gentle Giants are living up to 27 years! With over 600 pounds being fed to these amazing animals every day, the world of Gentle Giants is one of a kind!

You can buy Gentle Giant's dog food in grocery stores everywhere, and at Walmart. To find out more about Gentle Giants and their dog food, click here! Remember, "Half the Price, and Twice the Life!" 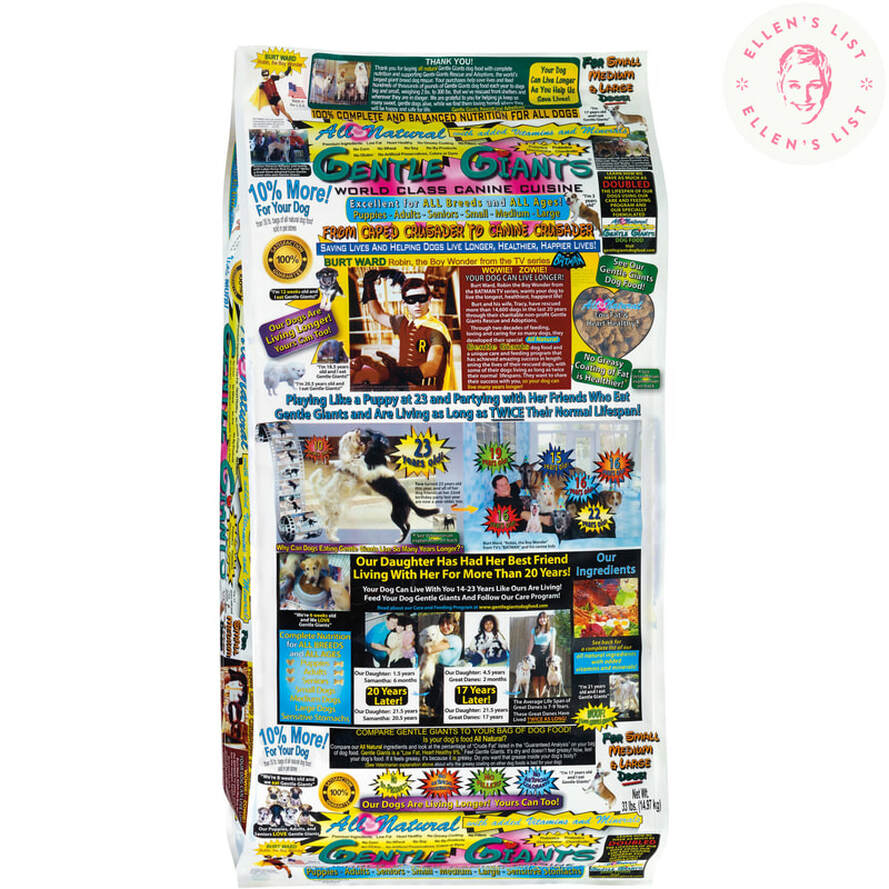 Ellen says, "Burt Ward, who played Robin on Batman, and his wife Tracy created this line of all-natural dog food and it's worked wonders for all different breeds. They've also saved over 15,000 dogs through Burt's Gentle Giants Rescue and Adoptions. For that, I love them." 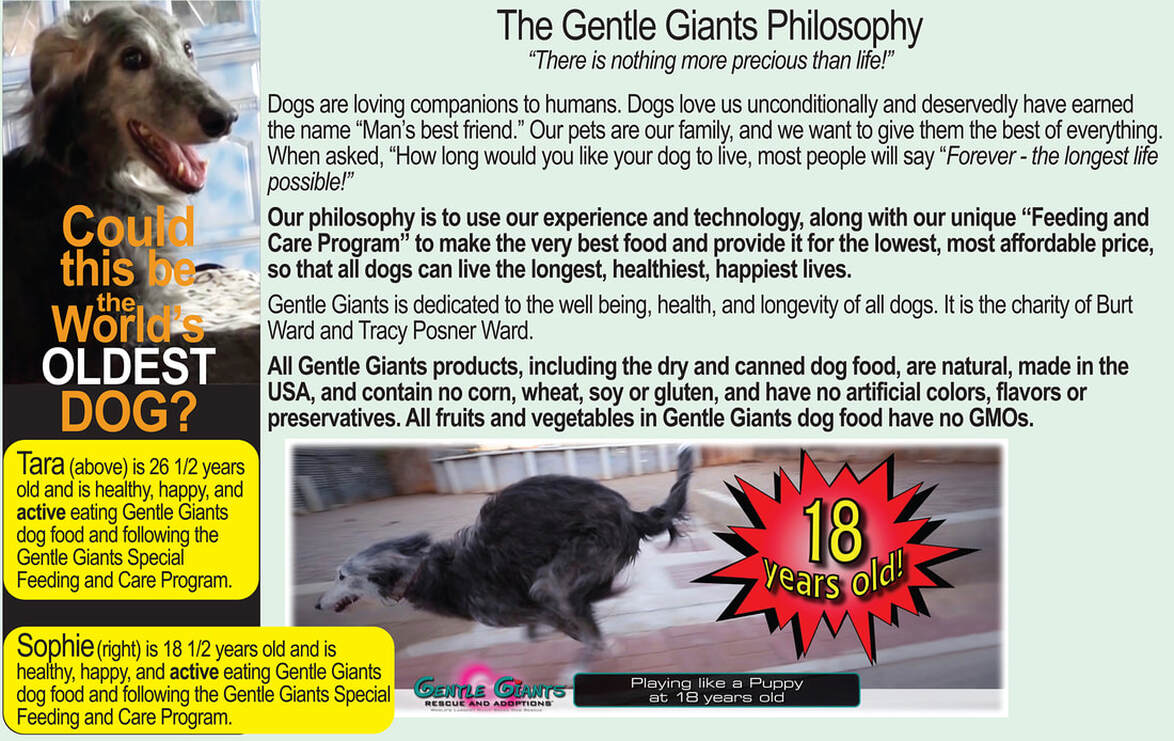 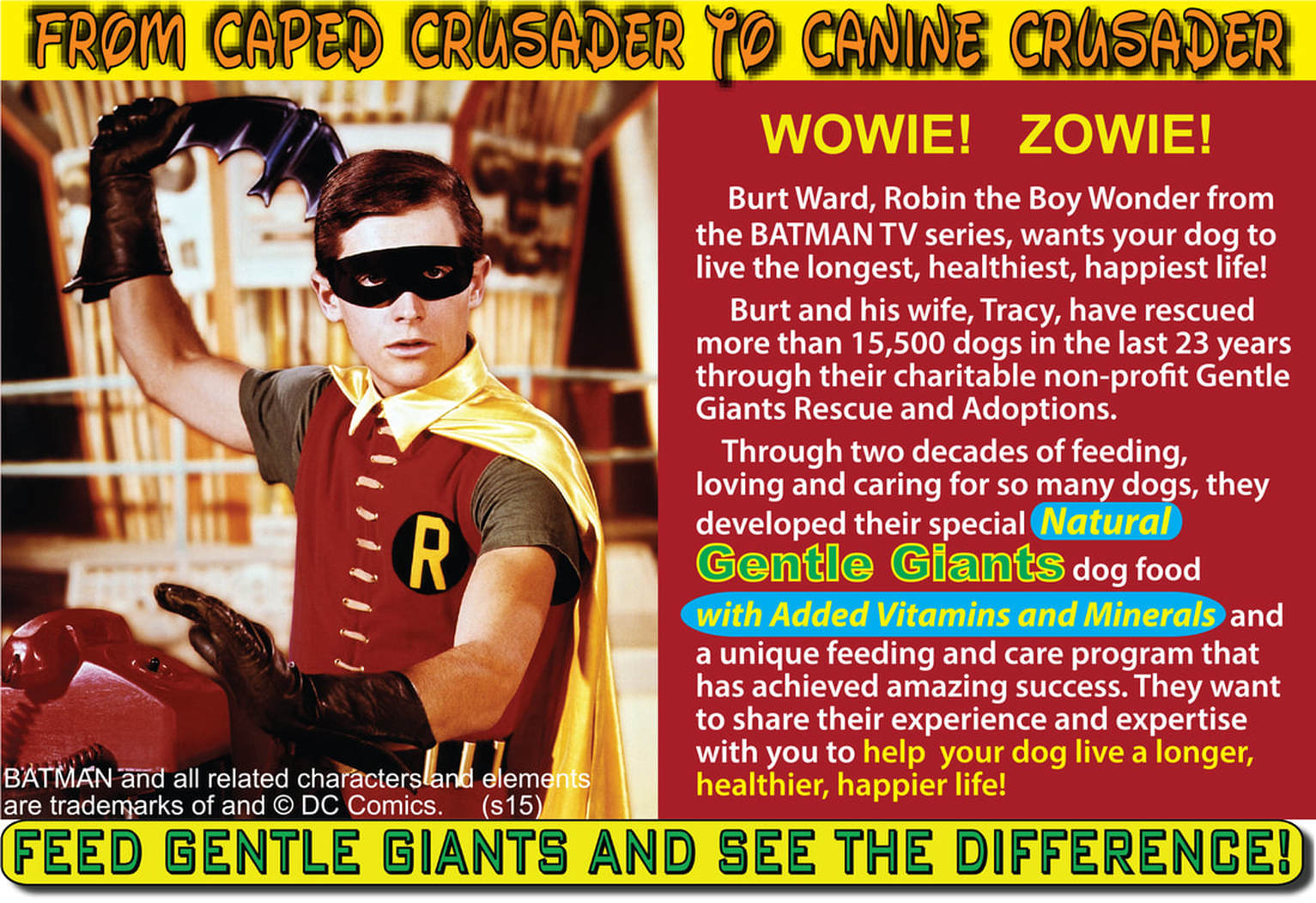 Everything that you need to know about our life's cause to help all dogs live the longest, healthiest, happiest lives possible. Gentle Giants Dog Food is excellent for all dogs of all ages, sizes, and stages of life - from 2 pounds to 300 pounds - from the youngest 3 1/2 week old puppies to the oldest seniors that are 27 years old.  This video shows all of our products and ingredients, and explains how we intentionally made Gentle Giants Dog Food affordable, so that all dogs can benefit. Gentle Giants Dog Food retails for half the price of what natural dog foods sell in Pet stores. 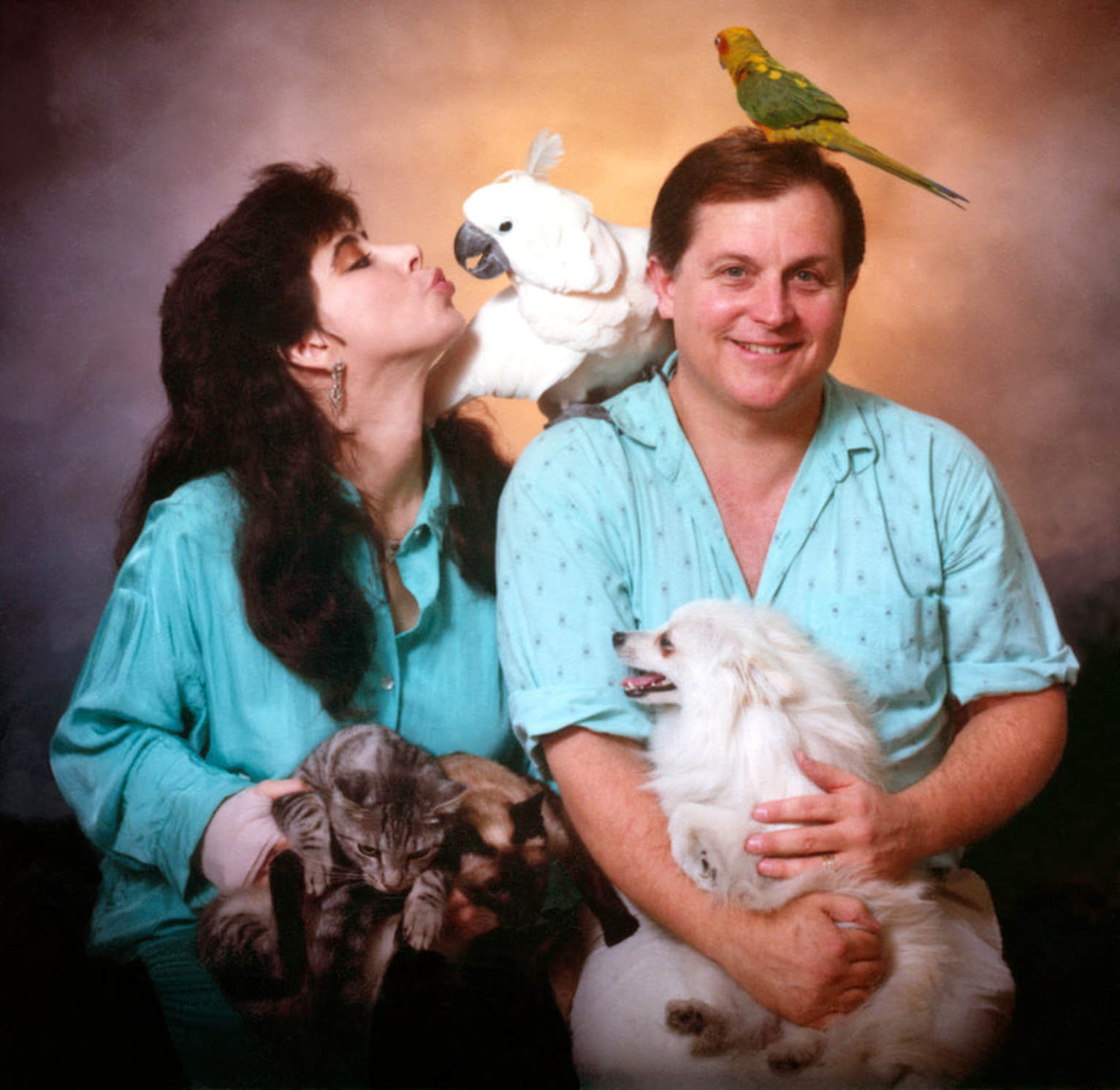 We love animals!  Our pets are our family members! 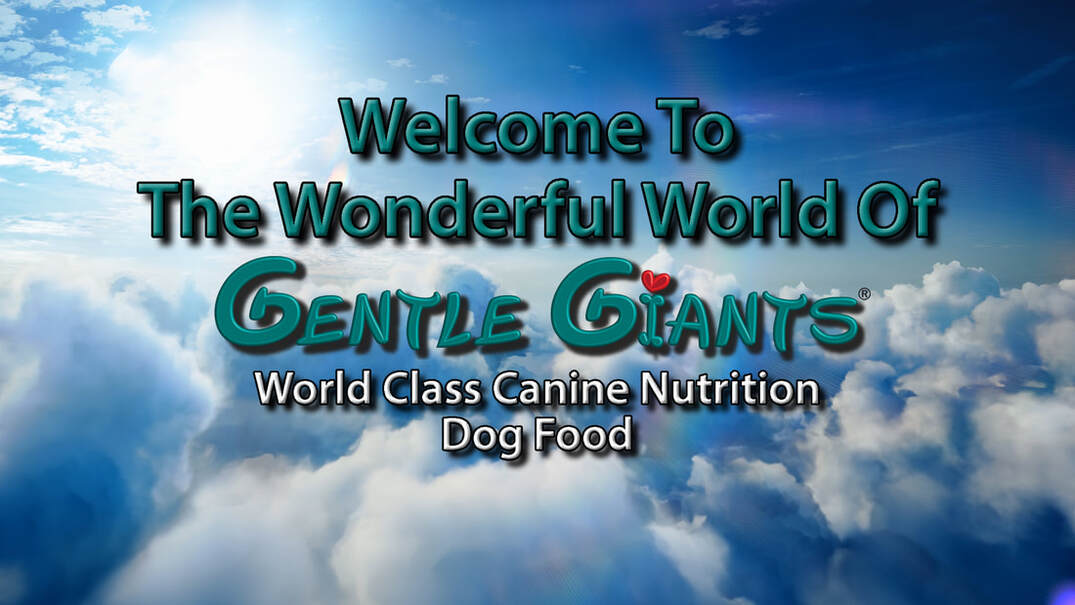 Watch our video below to see how much fun it is to live with 45-50 Canine Kids!

(there are 27 dogs pictured in our bedroom below - many ages 10-20 years old, living happy, healthy lives significantly past their normal lifespan)
Slow Motion Footage:  We want you to see the harmonious environment in which our dogs live with us in our home. Please watch how our Gentle Giants and Little Giants are as affectionate to us and to each other as we are to them. Notice how happy all the dogs are with their tails wagging continuously. See what it is like to be "sat on" by a 295lb giant English Mastiff!  Watch a Saluki jump over our king size bed.

Our 45-50 Gentle Giants and Little Giants Canine Kids live in our home with us! 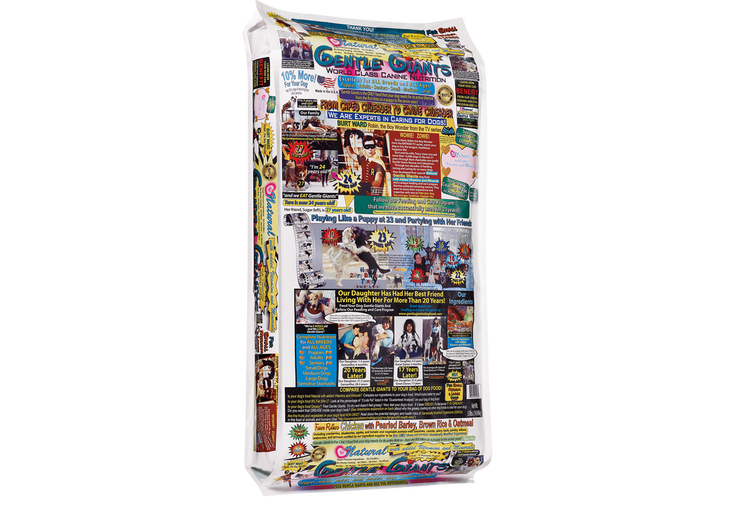 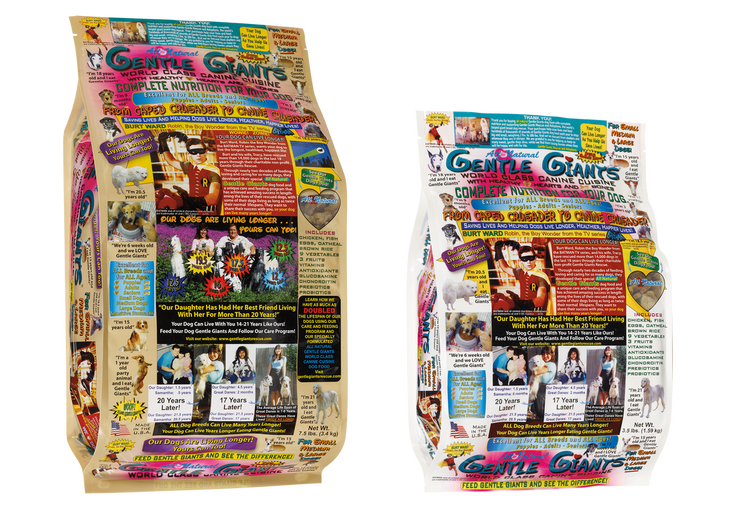 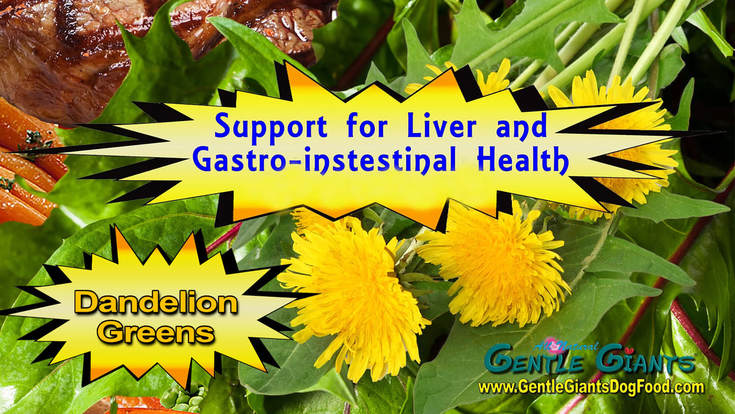 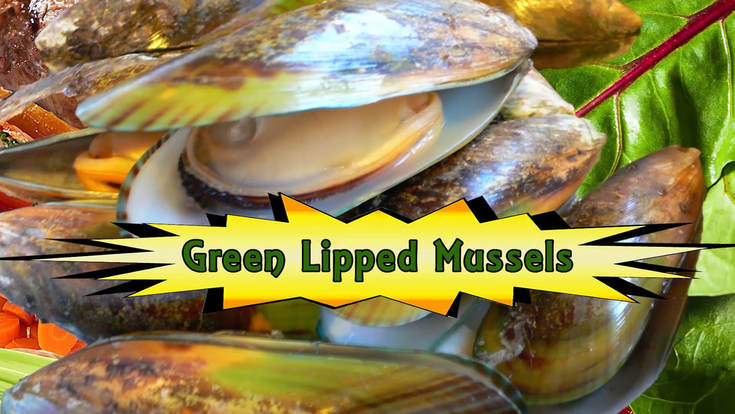 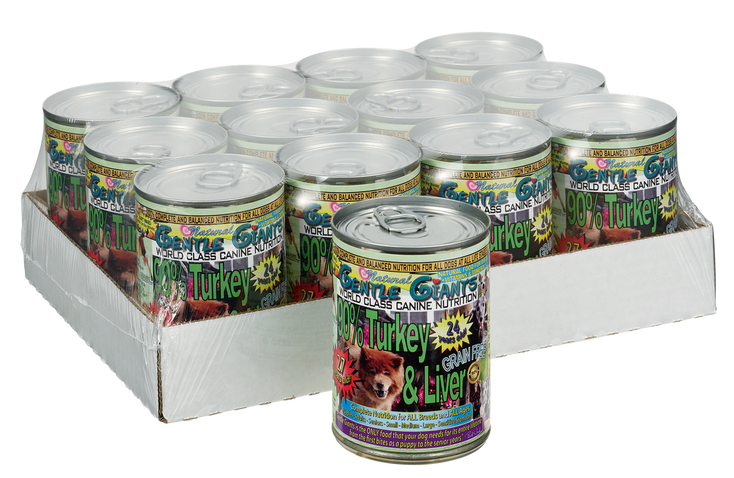 We are listing Current and New Locations where Gentle Giants Dog Food is available:

Please let us know if you have any other questions, and we would love if everyone would send us photos and videos of how great your Canine Kids are doing eating our Gentle Giants Dog Food. 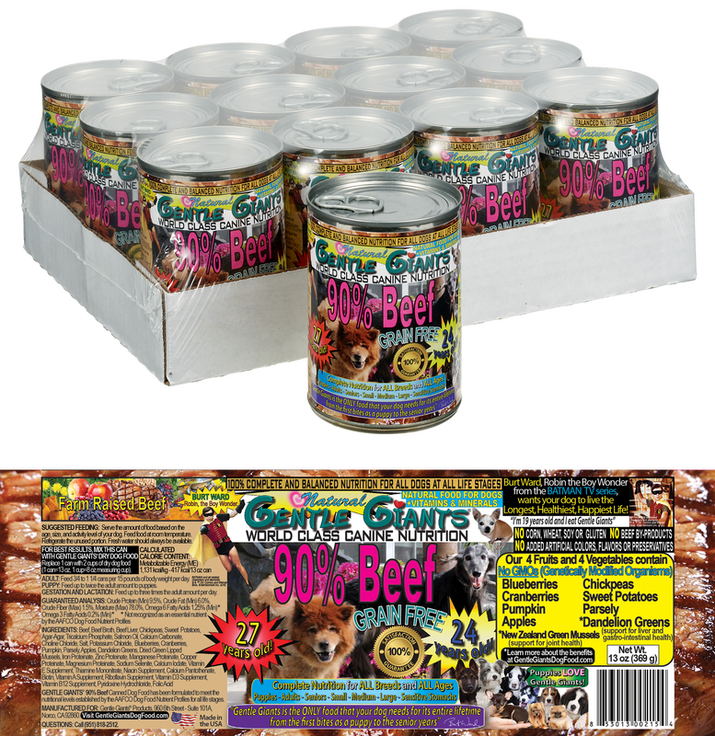 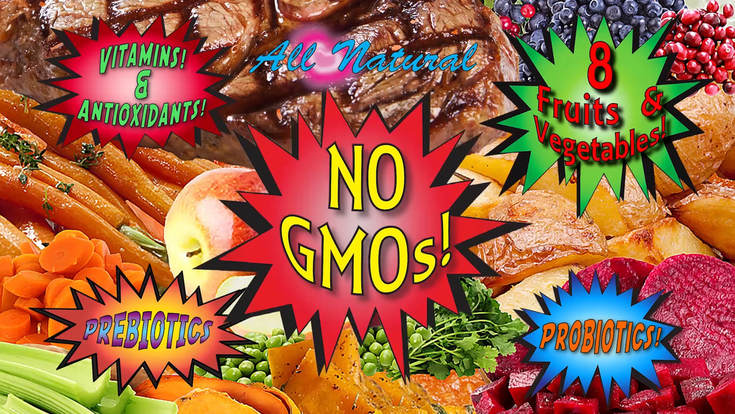 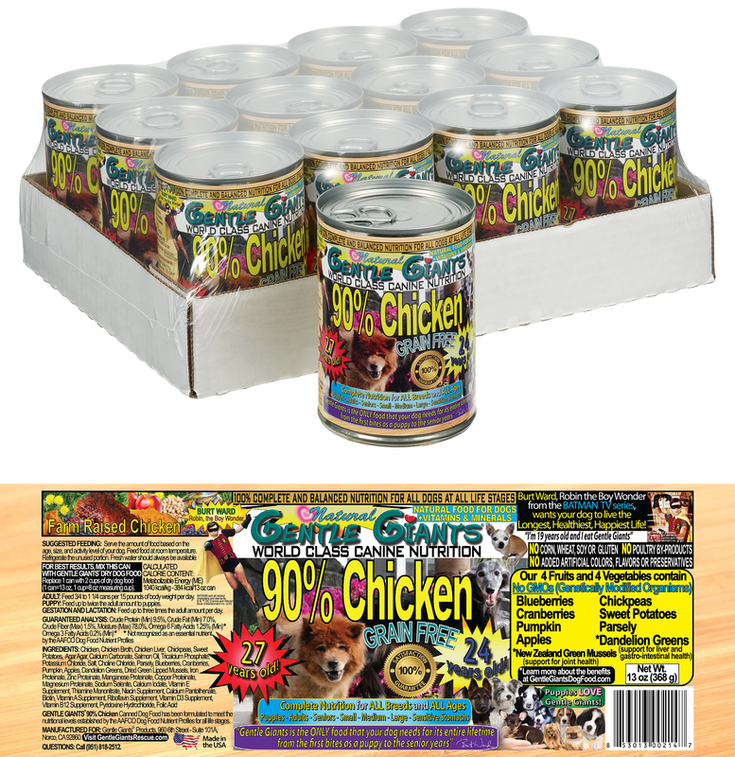 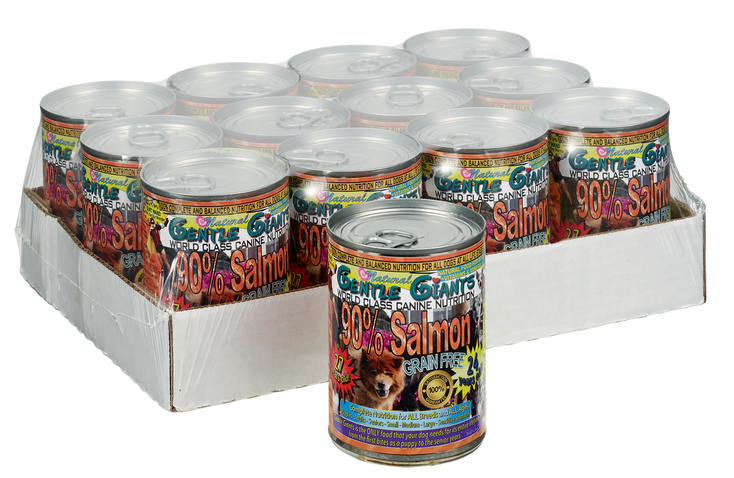